excerpted from the introduction to the book:

LOST IN THE VICTORY

Since ancient times, fatherless children have been referred to as "orphans." In the United States, benefits paid to the fatherless children of war were given to widows and "orphans." Yet cultural ignorance of the existence of "war orphans" in this country goes so deeply that even those of us who are orphans are surprised by this description. Many will say, "I’m not an orphan; I had my mother." Or "I don’t think of myself that way." The dictionary, however, describes an orphan as a child who is bereft of one parent or both.

Yet the nation has largely ignored those thoughts. We were not cared for. We were not recognized. We were not known. Our condition as "fatherless" was somehow to be magically fixed by a government check, a mother’s remarriage, or a stepparent’s adoption. What was our status? Who were we? We did not know. So, like society, we remained silent. We withdrew into our fears and fantasies, doing our best to ignore or accept our loss.

American families who lost a loved one generally hid their suffering. With the arrival of a death-announcing telegram, silence descended like a fog. As children, we absorbed the silence that enveloped our families, silence that usually obscured knowledge of our fathers and negated awareness that we, as children, were affected by our father’s loss. The silence has continued for us into adult lives. Most orphans rarely talked to their spouses or children about their experiences in relation to their fathers.

American society, influenced by the Victorian values of chastity, self sacrifice, and family nurturing, defined the lives of the women whom the war had widowed. The young widows with children coped in a multitude of ways. Although their husbands deaths left them bereft emotionally, financially, and physically, most were determined to do the best for their children. The government insurance money and survivors’ checks for widows and orphans were seldom enough on which to live. Most of the fatherless families remained isolated and uncomplaining, without adequate resources, having to pretend everything was normal when very little was.

Whatever the circumstances, the long-term result for the surviving children was that many were left with no nearby graves to visit, no place to be with their fathers spiritually, and no ceremonies to help them grieve. There was no complete closure for those families.

While many mothers needed to forget that painful episode in their young lives, we---the orphans---needed to know about our fathers. We are now in our fifties. We have completed our educations, raised our families, and established our careers. Now it is as if we are awakening from a dream in which our fathers were lost to us. We want to know who they were. We are beginning to ask unanswered questions: How and where did our fathers die? Are there those who remember them? Are there pictures or letters to provide clues that can help us know our fathers? We are beginning to find answers. We are beginning to realize how profoundly our lives have been affected by our losses. We want our children to know their grandfathers. We want to learn all we can before it is too late.

A combined effort must be made to care for all the widows and orphans left by the men who die in the service of our country.

Navy Gold Star is an inclusive program – regardless of your loved one’s military branch, location, or manner of death. Our commitment to you is that regardless of the branch of service, we will provide you with support and help you locate your branch’s survivor services. Navy Gold Star support coordinators provide dedicated outreach and support when, and for as long as, you desire. Our coordinators are located all over the United States and are ready to help you in any way they can. 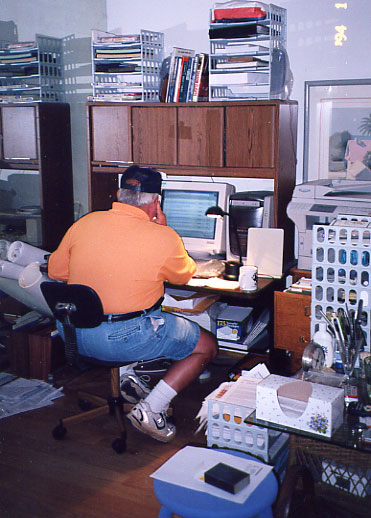 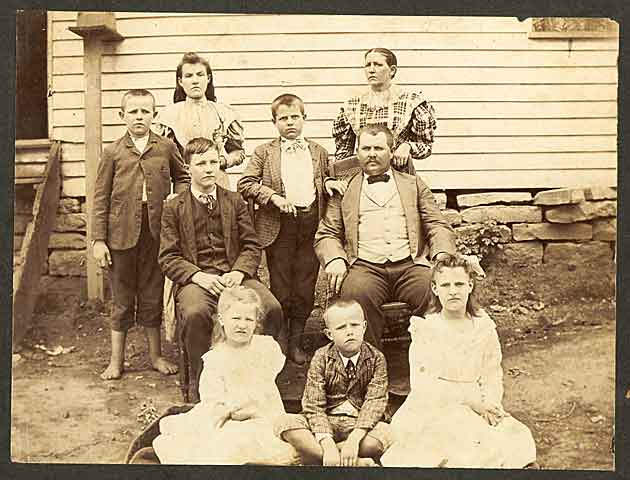 SONS and DAUGHTERS of TENNESSEE

*Nanny was not yet born 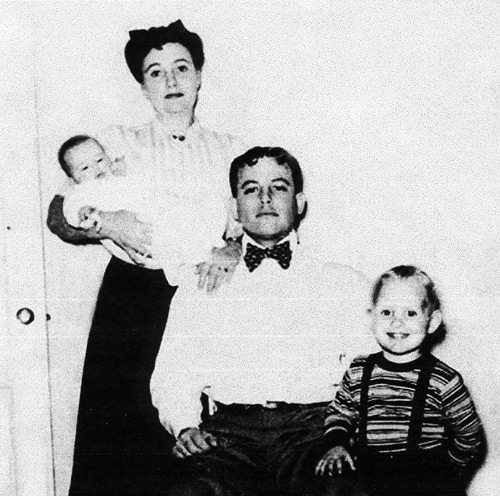 Sarah, Mother, Daddy, and me. 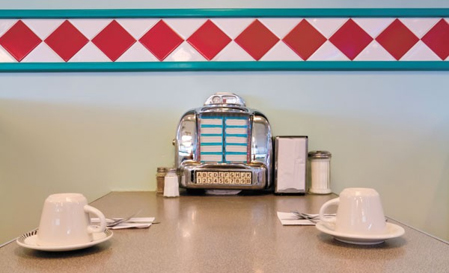 Most of us have a soundtrack to our lives, a mental playlist we retrieve at the moments we find most celebratory or unbearable or just right. Travelling the U.S. with my parents in our Hudson for much of my early childhood, mine came from a 1940/50s tabletop diner jukebox or an AM car radio. When Patti Page’s iconic song The Tennessee Waltz was recorded in 1950 my father would never miss an opportunity to play or listen to this song. 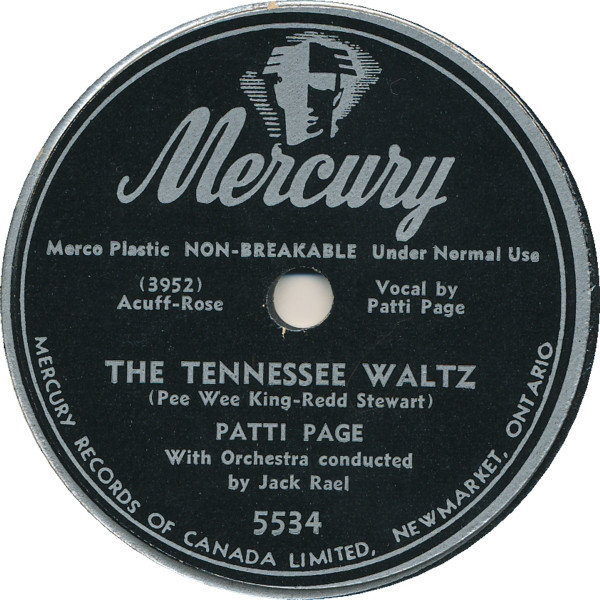 
My personal favorite of that time was a Tex Ritter ballad which came out in 1952. I would request my parents to play it often. Finally, in December of 1953 my Father picked me up at Clover Valley School and took me to see the the movie High Noon at the Navy base theater at Ault Field. The movie was a wonderful integration of my favorite Ballad of High Noon with the theme of honor and obligation defined by the film. In less than a month, my Father was "Reported Missing.". 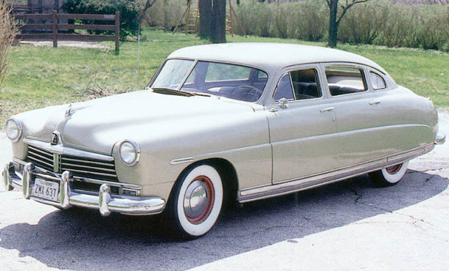 A few things my Daddy taught me;

If I dropped my food on the ground and picked it up before germs got on it - it was OK to eat it.

The water in the tank of a commode is clean enough to drink.

That a boy should have a dog.

That studying history is fun.

To appreciate hand tools and to take care of them.

That if he asked for a ‘couple’ of nails- I should hand him at least two.

How to pull nails without marring the wood.

and other neat things to make-do-with.

That it was a bad thing to set-off firecrackers in a birds nest.

That it was not a good thing to cut the garden hose with his ax but that he could fix it anyway.

That if I didn’t mow the lawn I wouldn’t be allowed to watch Drag Net or Victory at Sea.

That when the Clover Valley school principle pulled my hair - he could handle him.

How to make a tent from a tarpaulin or an old parachute and camp-out.

How to fly a kite.

How to eat watermelon and spit the seeds.

That when Navy doctors told me "This won’t hurt" that I should close my eyes and grit my teeth and never bite the doctor just because he had lied to me.

That his airplane could not fly straight up or fly upside-down like the ones at airshows.

My Cub Scout oath- ( I, Charles Beasley, promise to do my best; to do my duty to God and my Country; to be square and obey the law of the pack. )

How to ride a bicycle. 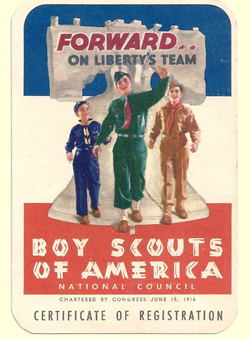 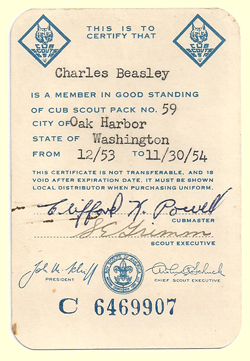 RED&ROVER is representative of my father-in-law Naval Aviator CDR Josh Langfur who remained important in my life growing up. Writing me letters and sending pictures of aircraft of which I surrounded myself by hanging on my bedroom walls.  Josh had flown with my father at Pax River in 1948 where he and I became lifelong friends.  Josh passed away April 20, 2017 at the age 96. He was a very knowledgeable and gifted man and sorely missed. 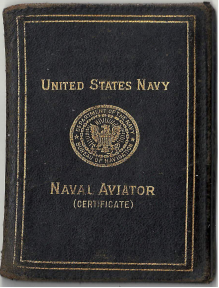 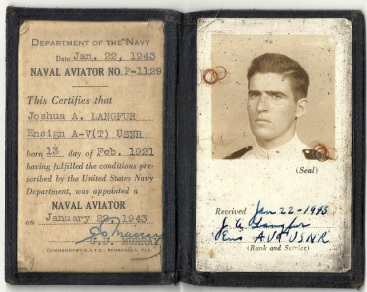 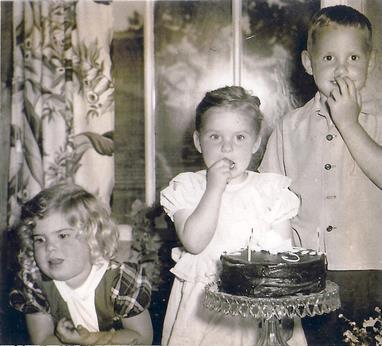 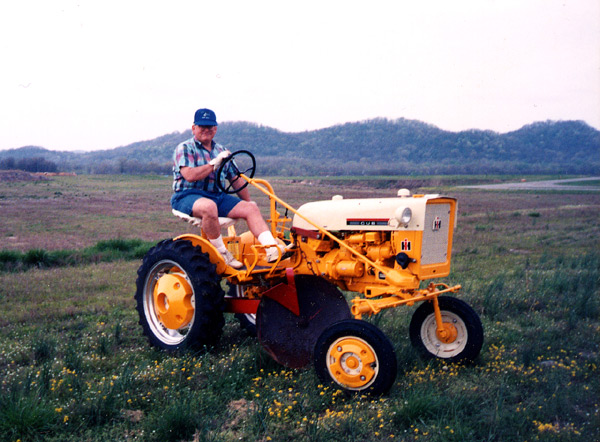 20 years after the death our father; in which the government took all,

his life, his remains, his valor and honor; they came for our land.

We received $600.00 an acre as "just compensation" for bottom land. 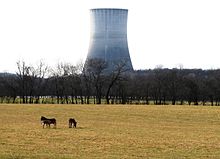 Construction on “Hartsville Nuclear Plant-The World’s Largest”
began in 1976 but abandoned unfinished by 1984.  Now known as the “Hartsville Ruins”. 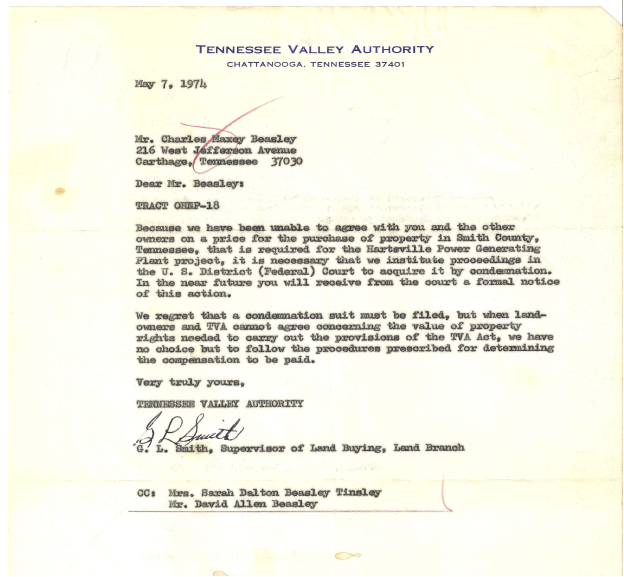 In the eyes of the state, you are regarded as little more than a tenant-at-will, privileged to remain in possession for as long as you pay taxes or until the state has other uses for “your” property.

Property ownership is a concept that is synonymous with the inviolability of the individual.

"Son, if the federal government can steal one man’s land and get away with it, democracy is in danger of failing. Once you sacrifice one for the so called good of many, you’ve got socialism." --------but when they come in and don’t give me a choice----------that’s what wars are fought over. That’s why I fought, to be able to be free from government.  To own my own land. That’s all we had. And the bastards took it away from us and don’t ever forget it.


‘STANDING IN THE RAINBOW’ a novel by Fanny Flagg

All attempts to recover the family land from TVA have been met with silence- while on the other hand TVA continues to sell the land to private corporations who use the land for other than the intended reasons it was taken from us. 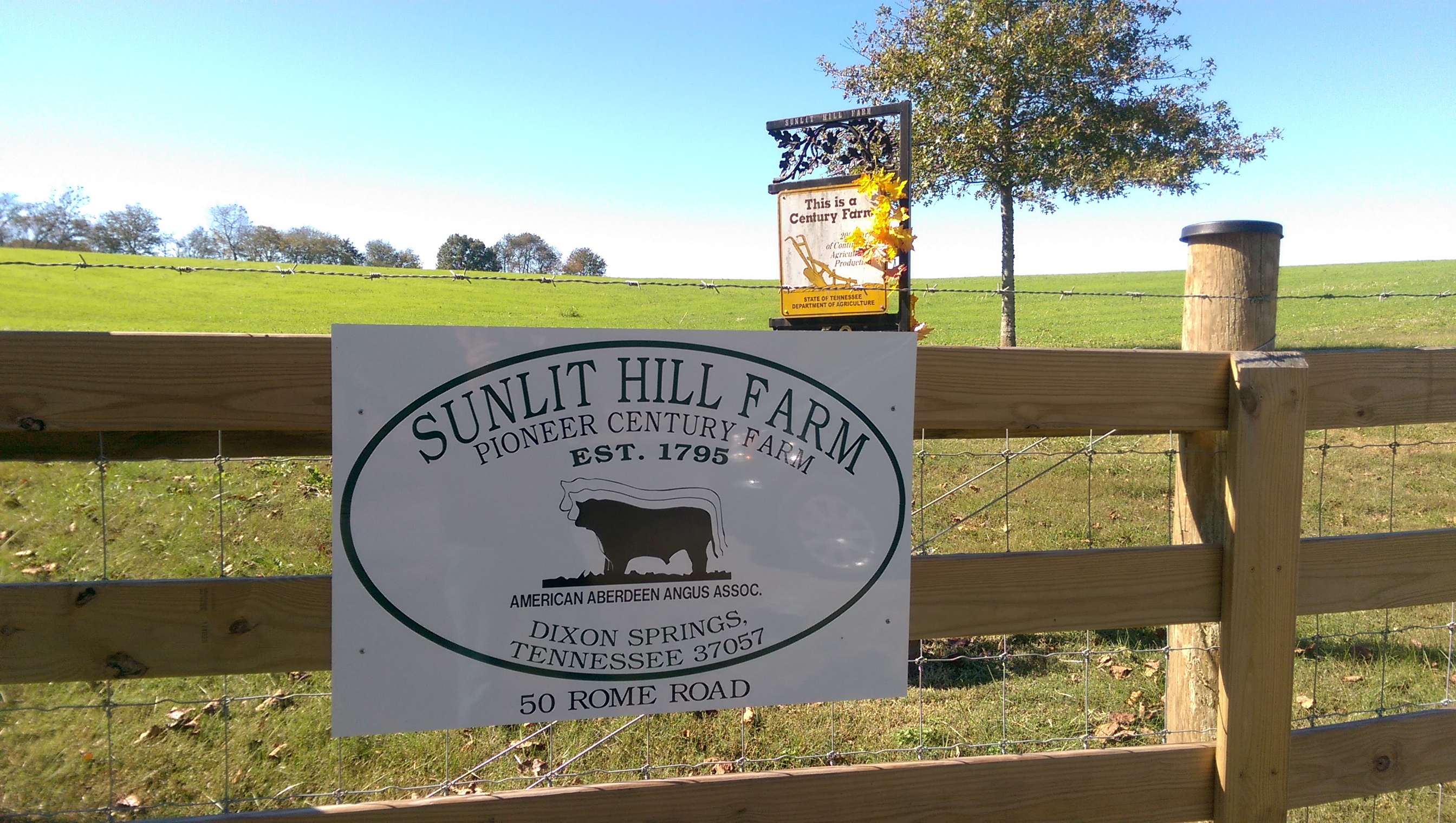 Good people do not need laws to tell them to act responsibly, while bad people will find a way around the laws. 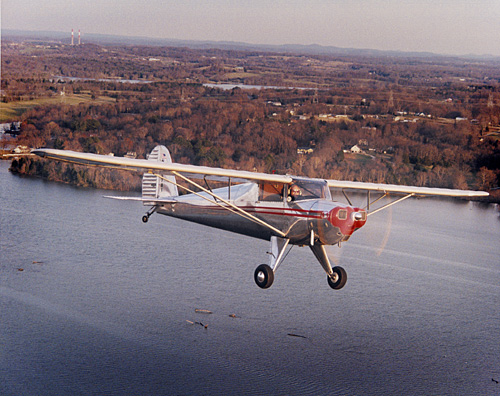 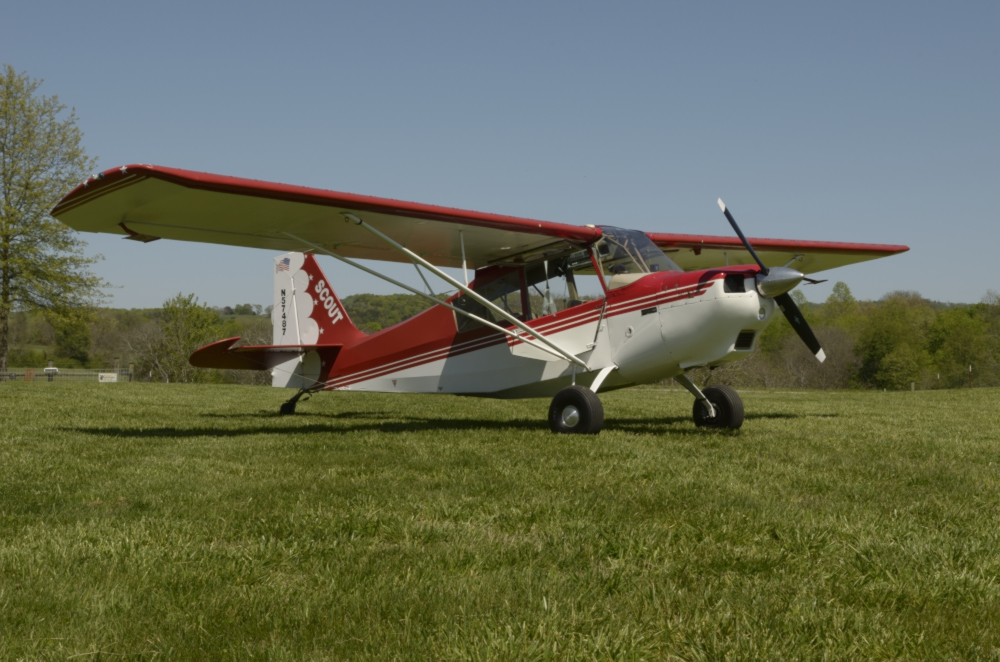 When once you have tasted flight, you will forever walk the earth with your eyes turned skyward, for there you have been, and there you will always long to return— Author Unknown 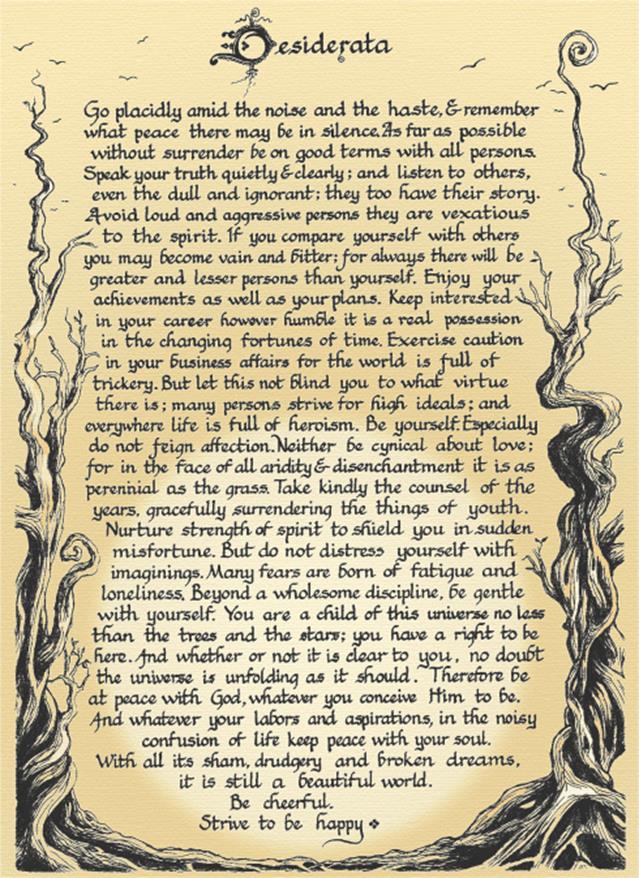